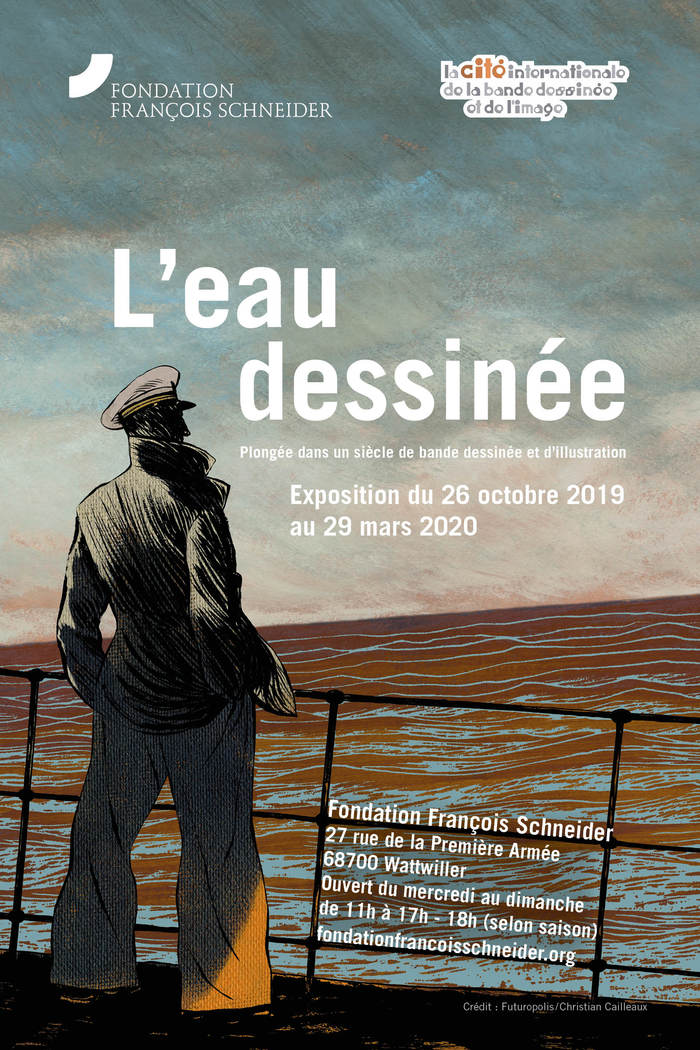 Drawn water tells a story of water through comic books and illustration, from trips to science fiction to environmental issues and island stories. In a joyful and playful scenography, more than three hundred documents and objects are presented, bringing together originals, manuscripts, illustrated, animated films, intended for fans or fans of comic books and graphic novels. The paper turns around in all the spaces of the Foundation to reveal the matter of water, its connection with the landscape and the environment, the narrations of travel and imaginary worlds, or its relationship to man and body. Constituted from the heritage collections of the Cité internationale de la bande dessinée et de l'image (Angoulême), loans from authors, publishers and collectors, the exhibition traces more than a century of history of the picture drawn and illustrated on the theme of water having inspired a multitude of stories. From the first authors of the late 19th century who set the tone for comic books – Christophe, Georges Omry, Marcel Turlin ... – to the clear-line heirs – Bruno Le Floc'h, Christian Cailleaux… – through iconic François Boucq, Moebius or François Schuiten, then the contemporary period and the renewal of the genre via graphic novel – Nathalie Ferlut, Jens Harder, Nicolas de Crécy, Marine Blandin, Maruo...– we discover the various approaches of authors and draughtsmen. A group of artists who have graduated from HEAR is also featured, the Haute Ecole des Arts du Rhin being known for its illustration department. The moving image also punctuates this walk illustrated with animated films by EMCA students.[End of translation] Plongez dans un siècle de BD et d'illustrations !