Track game: the Livrekikour(en)t in broad daylight in libraries

Finally, the books did not run to Deyme on Saturday, but they wisely waited for their readers in the libraries of Donneville, Montbrun-Lauragais and Noueilles. To the readers to run!... 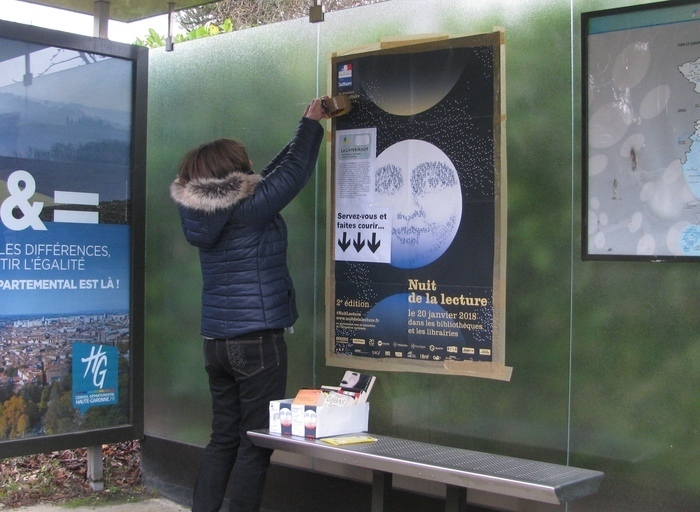 Final developments: Due to the health protocol applicable on the commune, the operation "Livrekikourt" planned by the Drive of the Val as part of the "Night of the Reading" will not take place in Deyme. May it not matter!... The books will not be in Deyme this Saturday, January 23, but they will be waiting wisely for their readers in the nearby libraries of Donneville (opening 10:30 am – 12:30 pm), Montbrun-Lauragais (11 am – 12:30 pm) and Noueilles (4 pm – 6 pm). As originally planned, the first readers of each library who adopt a «Livrekikourt» will receive a Chèque-Lire. ____ In Deyme, because of curfew, the Reader of the Valley will play his Night of reading "outside the walls", but in broad daylight, by disseminating in various places of the village books that the inhabitants will be invited to find and adopt (provisionally)from 6 am to 6 pm. These books will be distributed as part of the operation "Livrekikourt" and will bear the code name DEY.
The "Livrekikourt" is both a bookcrossing book (bookcrossing style) and the operation that allowed his release. Since 2007, during many events organized by the libraries of the network, or in the communes, several thousand books have been released in nature (or rather in the communes) South-east Toulouse... from which they quickly escaped to run, for some, to the other end of the world. A specific web page allows you to collect news of the Livrekikour(en)t transmitted by their discoverers and smugglers: www.lecteurduval.org/livre-qui-court/suivi-traces.php." Very good idea, this Livrekikourt, wrote for example one of them, it is a bit like when we find a cep in the woods, we are delighted!"
On Saturday, January 23, from 6 am, in Deyme, the picking will be open! And the necessarily fruitful harvest since the first "discoverers" who will post a comment on the site (or in the mailbox of the association, at the 1 road of Pompertuzat) will receive a check read as a gift, as part of the operation "Nights of reading".