Free visit of the court

Access to the parts of the building that are of artistic interest: manor house classified as a historical monument, front courtyard and châtelet, courtyard of honour of the castle, gardens.

For school groups only and upon prior reservation by phone. 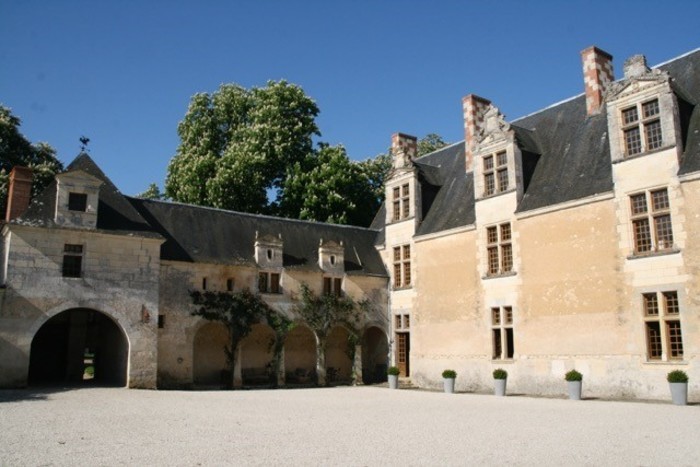 The Castle of the Court(Yard) in the Of Bourges owes its name to his first owner known, Philippe Berruyer, as whom one of the sons(threads), Gérard, is qualified as “high and powerful Lord of the Court(Yard) in the Of Bourges” in 1170. Their descendants will follow one another there during almost the five centuries and Philippine de Berruyer by uniting with Georges le Simple, Lord of Plessis-Alais, made the residence of the "Court("Yard) “ one of the four keep(guard) incorrigible of the forest of Chinon. The coteau, watching the valley of the Indre and dominating the market town of Cheillé, put together around its church where from a vigorous oak comes into sight, establishes(constitutes) a first-rate strategical position! There was here in the XIIth or XIIIth century, the fortified castle of which there remain(subsist) some elements. The most important for the northeast angle is a square construction, the base(basis) of which is drilled of archères with several oval murderesses with circular orifice for guns, done up above them. There from the village, having climbed the coast(rib), they follow first the wall of the castle, endowed with many bays(berries) with stony crossing and separated from the path(way) by dry staves(moats). A bit set back(A bit decreasing), opens one forecourt by a portal(gate) in round arch, double of a pedestrianized door. They arrive then at the châtelet which gives access to the main courtyard, detached house(flag) in projection on the wall of surrounding wall(speaker), covered with a height in four pieces drilled on each side by a small window with triangular front wall(pediment). There was two drawbridge, one for the carter door both grooves of which frame(supervise) a bay(berry) with simple crossbar, other one in unique(only) arrow for the counter(ticket office). Side murderesses protected staves(moats). The hall which results in the main courtyard by a big(great) arcature in round arch, is endowed with a rare ceiling with chevrons placed askew between bent stones of tufa.

Access: Access to the parts(parties) of the building which offer an artistic interest: manor classified as "Historic Monument", before Court(Yard) and Châtelet, Main courtyard of the Castle, gardens. Visit in July and September, on weekdays from 10 h till 12 h and from 14 h till 18 h 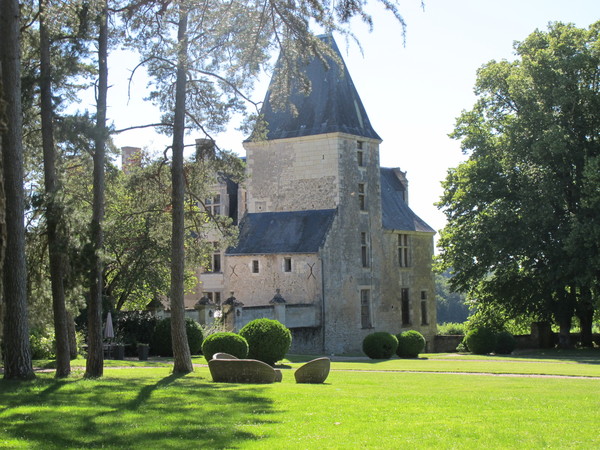