The Greatest Maritime Expedition of the Enlightenment

The Lapérouse Museum is not only the story of a man but a great page in the maritime history of the late eighteenth century and an invitation to participate in the mysteries that still remain.

Born in Albi on August 23, 1741 in Gô, Jean-François de Galaup, Comte de Lapérouse became a sailor at the age of 15 and fought against English forces in India and America before being promoted to Captain of a Navy. In 1785, he led the scientific expedition around the world, at the request of Louis XVI, the famous frigates the Compass and the Astrolabe. Unfortunately, after a stopover at Botany Bay (Australia), the 2 frigates disappeared in 1788 at Vanikoro (Solomon Islands). It would take 40 years for an Irish Captain Peter Dillon then, a few months later the French Dumont d'Urville, to find on the island of Vanikoro the remains of the shipwreck and collect the accounts of the natives. The museum dedicated to him presents the journey step by step from Brest to Australia. 225 men, sailors, scientists and artists leave Brest in 1785, following Brazil, Chile, Alaska, California, China, Russia, Australia . The museum displays models, navigational instruments, weapons and uniforms, as well as numerous remains found at the site of the shipwreck.

Museum dedicated to the family and professional life of the Albigensian explorer of the 18th century, Jean-François Galaup de Lapérouse. The museum displays models, navigational instruments, weapons and uniforms, maps and panels describing the scientific journey, the stages of the discovery of the Pacific ordered by Louis XVI up to the reefs of Vanikoro. Numerous vestiges of underwater archaeology.

Access: From Toulouse, take the exit ring road "centre ville", cross the center direction "Carmaux-Rodez". Cross the Tarn by taking the Pont Neuf. Take the first left (rue de la Visitation), the entrance to the museum is on the same level as that of the Mercure hotel. Large car park Caserne Teyssier, rue de la Madeleine (municipal police), 100m from the museum and many locations nearby. 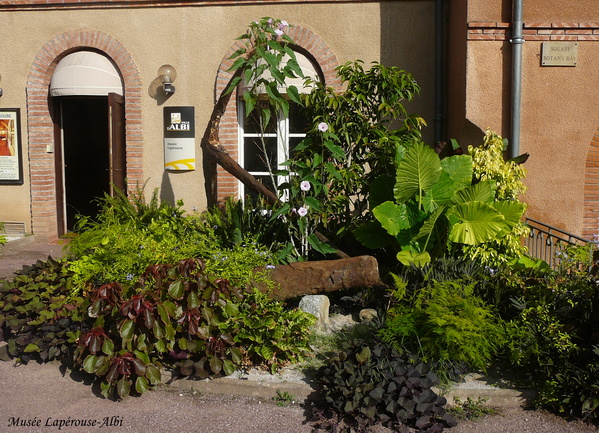