Come visit the castle of Malbrouck and its exhibition(exposure) «Hergé, a life, a work» 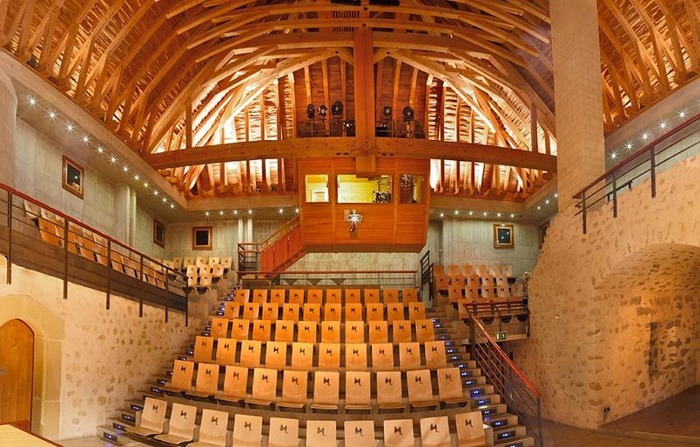 At origin conscript "Castle of Meinsberg", he(it) is built at the beginning of the XVth century (on 1419 - 1434) by the knight Arnold VI of Sierck. His son Jacques III is sacred archbishop of Trier(Truces) there in 1439\. The Castle of Meinsberg is therefore the centre of management of this seigniory, where practice(are applied) high justice and manorial power of a comtale family fame of which extends from the Lorraine to Koblenz. In 1492, on the death of the last one of the threads(wires) of Arnold VI de Sierck, seigniory and Castle of Meinsberg pass by inheritance to the family of the tales of Sayn, native to the region of Koblenz, then to the counts of Sultz at the end of the XVIth century. At the beginning of the XVIIth century, the Castle of Meinsberg is devastated by the Thirty Years War (1618-1648) and transformed later into farm. In 1705, the duke of Marlborough would like it a seat(siege) during the war of succession of Spain, famous "Malbrouck" of the famous song. In 1930, the castle is listed(classified) in conformance with(for) historical monuments, acquired(bought back) in 1975 by the General Council of the Moselle which decides to restore it in 1988\. Five phases of work will chain themselves from 1989 till 1998, to restore life in the Castle. About ten bodies of different jobs(businesses) took turns during almost ten years, with among them, numerous Compagnons du Devoir. All information collected this day allows to think that the Castle of Meinsberg is not really a fortified castle, an architectural shape which does not build itself any more in Lorraine for the XVth century. Even if he has the speed(look) of a fortress and which he can support of brief attacks, he(it) appears badly adapted to the long seats. The Castle of Meinsberg is in obvious fact a residential castle but also a symbol of the power of the family of Sierck and of his builder(manufacturer) the count Arnold VI of Sierck. 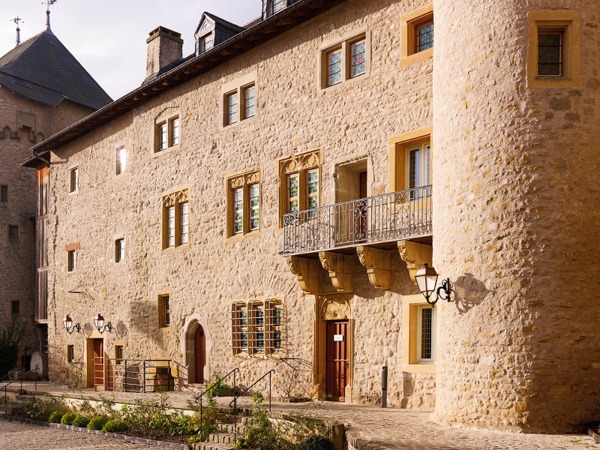