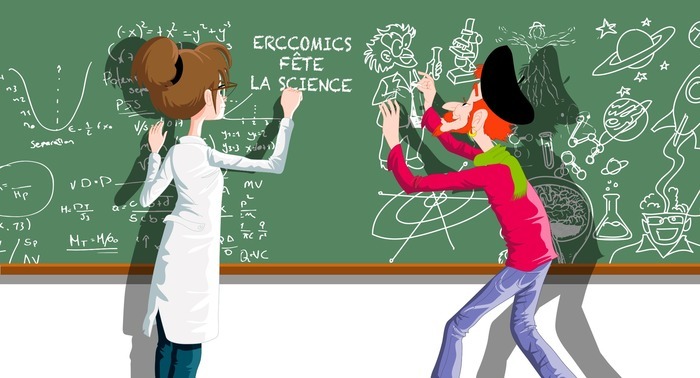 The ERCcOMICS team will expose and explain there 2.0 comic stories and talk about the ERC grantree scientists and artists collaboration.

Each comic is the result of a close cooperation between the researcher, the ERCcOMICS team and a comic artist. Depending on the subject, the webcomic could be a fictional or documentary story of any genre: science fiction, historical, thriller, autobiographical.

Come and participate to our Reading !!!!

Details of the webcomics:

BASTION is an ERC-funded project focused on computer security with an emphasis on the so-called Internet of Things, or IoT. Your smartphone, commercial drones, pollution monitoring stations, home security systems: these are just a few examples of the increasing number of devices that are connected to the Internet today. The downside is that these devices can be manipulated or abused by an adversary. Your smartphone can be hacked; your data can be accessed and compromised. Potential vulnerabilities concern all connected devices and affect essentially everyone.

The team headed by Prof Dr Thorsten Holz plans precisely to improve security in the “Internet of Things” and on computer systems in general. Thorsten and his team will proactively search for potential vulnerabilities (in other words, they will hack objects!), and in parallel they will design novel security mechanisms meant to protect such objects from attacks.

In The Exploit, by Ira Marcks, you will be projected to 2032 where you’ll meet the Cynical Cyclops club, composed by young Lane and Charlie, who went from hacking science fairs to compromising the school exams of a whole country. But this is just the beginning: Lane will end up with her father in the middle of a global technological scandal exposing the vulnerabilities of a world-wide network of integrated systems…

SOMETHING IN THE WATER (14h)

Four billion years ago life conquered Earth. Expanding and evolving until omnipresent, life has redefined the inorganic world, which today supports it as a skeleton supports the flesh. But there was a time when life was nowhere to be seen, and minerals were evolving and changing by themselves. The ERC research project PROMETHEUS, led by Professor Juan Manuel Garcia-Ruiz, is an exploration of this primordial world.

Till Lukat’s drawings and imagination accompany the Professor on a research trip to find the remains of that lost, inorganic Planet Earth on a remote salted lake in Africa.

A dream of discovery tantalises the exploration: once upon a time, four billion years ago, something in the water unveiled the biggest, yet least-known scientific mystery: the origin of life.

Approximately 10%-15% of the world’s population is estimated to be disabled, and this number is expected to rise in the coming decades. How did disability become a global concern, and how can the concept be understood in a multicultural world? The ERC project Rethinking Disability, led by Doctor Monika Baar, seeks to answer these questions by undertaking the first study of the far-reaching implications of the United Nations International Year of Disabled Persons (IYDP, 1981) across the globe.

Author Hélène Bléhaut leads and follows Monika and her research team with wit and finesse. Maximising the potential of graphic journalism, she will engages you in theories, information and stories that will turn your perception upside down.

‘I hate Brexiteers, they betrayed my future’. Those words of an 18 year old on Brexit Referendum Night represent a growing and worrying phenomenon: electoral hostility. Electoral hostility is the set of negative feelings (frustration, anger, contempt, disgust) held towards individuals or groups as a result of their effective or perceived electoral preferences.

ERC-funded research is allowing Michael Bruter to investigate the causes and consequences of electoral hostility among individuals, groups, and society, to understand why and how does it develop over time. Michael’s innovative research methods combine a 27 country multi-level panel survey, visual, physiological and field experiments, election diaries, family focus groups, campaign and atmosphere coding.

The electoral hostility age is interpreted by Tuono Pettinato, with a witty social satire where birds start discussing a secession from humans. 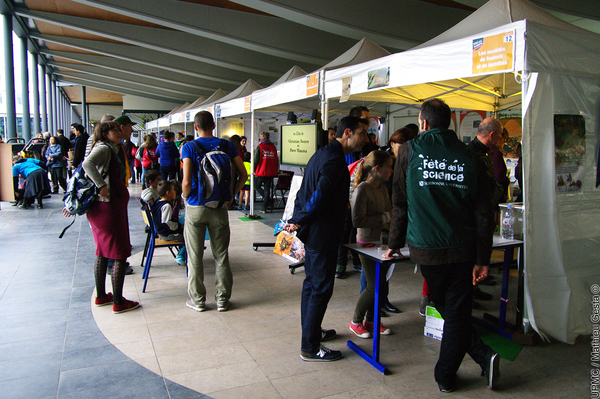