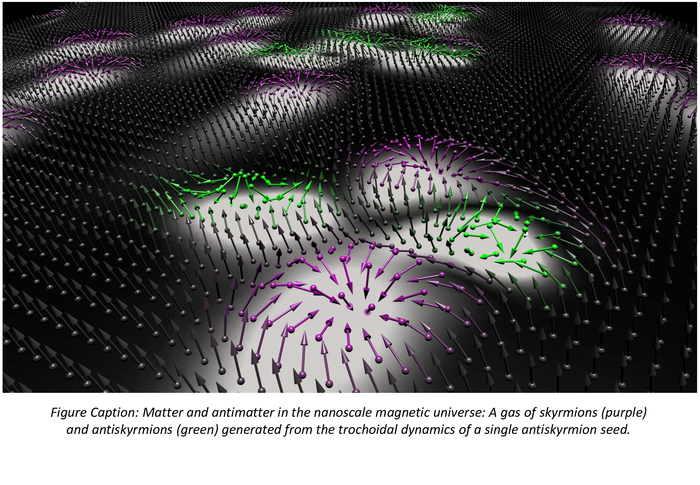 A variety of nontrivial spin textures can appear on the nanoscale as a result of competing magnetic interactions. A notable example being studied actively at present is the Dzyaloshinskii‐Moriya interaction (DMI), which results from spin-orbit coupling and chiral symmetry breaking in thin films and multilayers. The DMI not only confers a preferred handedness to spin configurations such as domain walls and skyrmions, but it also influences how excitations like spin waves propagate within a material.

I will describe some recent theoretical work on how the DMI influences dynamical magnetization processes in ultrathin films. In particular, I will discuss how nonreciprocity and focusing effects can occur for spin waves in continuous films and within chiral domain walls. I will also present novel features involving skyrmion and antiskyrmion dynamics, where pair generation processes result in excess skyrmion charges. Such systems represent an interesting playground in which we can probe how matter/antimatter asymmetry arises between topological magnetic charges .

Joo-Von Kim is a CNRS research associate at the C2N. After completing his PhD in theoretical physics at the University of Western Australia in 2002, he pursued a postdoctoral researcher position at the Institut d'Electronique Fondamentale before securing a tenured position in same laboratory in 2004. His research interests include nanomagnetism, spintronics, nonlinear dynamics, and stochastic processes, with a particular focus on how magnetization dynamics can be useful for information technologies.