Picasso, the effervescence of shapes

The exhibition Picasso, the effervescence of forms, presented from 15 April to 28 August 2022, explores the place of wine and popular spirits in the work of Pablo Picasso. 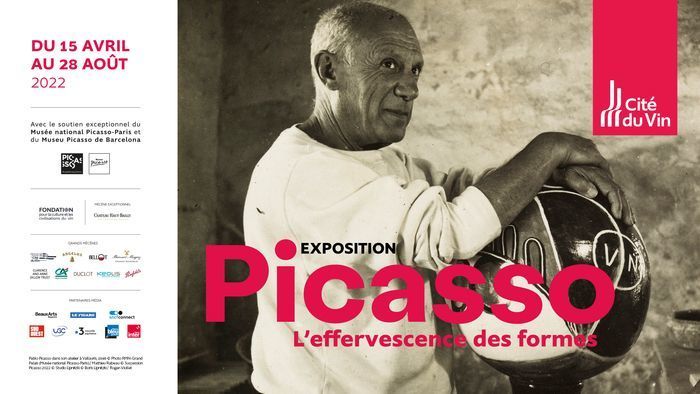 As we ease into springtime in Bordeaux, La Cité du Vin is creating a buzz with its new temporary exhibition dedicated to one of the most important artists of the 20th century: Pablo Picasso, the effervescence of shapes.

His name is Pablo, he’s Spanish, and he’s without a doubt one of the most famous artists in the world… Have you got it yet? We have some fantastic news for Bordeaux: Señor Picasso is La Cité du Vin’s special guest for the next 4 months! From 15th April onwards, you can gaze upon some of his works. You have until the end of August to (re)discover the exhibition Picasso, the effervescence of shapes before the artist’s creations return to their respective homes: notably Le Musée national Picasso-Paris and El Museu Picasso in Barcelona. Feast your eyes on 80 artistic works (paintings, ceramics, drawings, films, and more…) which showcase the importance that wine and other drinks had in the painter’s career. To be enjoyed without moderation!