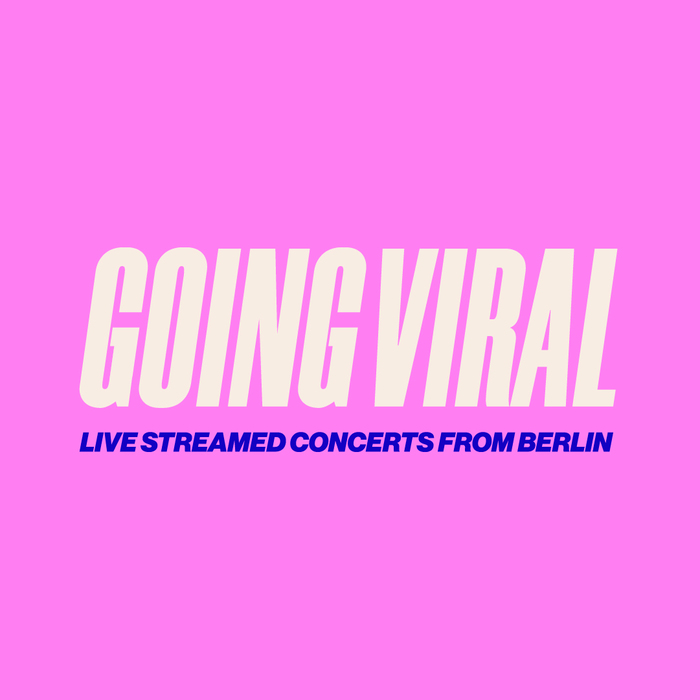 Going Viral, a new Berlin-based streaming project, is bringing the city’s legendary independent music scene to lounge rooms around the world. With most clubs and live music venues closed, Berlin’s musicians have suddenly found themselves with no places to play the gigs that keep them going.

Going Viral is a series of livestreamed online concerts featuring some of Berlin’s most exciting independent artists, hosted by Steph Grace and Georgie Fisher of Berlin acoustic duo SISSOS

The Going Viral project is run by a collective of professionals in the Berlin live music and arts scene, along with team members in Finland, Japan, and the UK. “We’re just a group of artists and technicians working full-time in live entertainment who suddenly find ourselves with a lot of free time on our (clean) hands,” says Steph Grace.

Going Viral is a way to help Berlin’s independent musicians find a global audience and provide an authentic live music experience to people who are self-isolating.

Through Going Viral gigs, audience members around the world will feel like they’ve been instantly transported to one of Berlin’s famous music venues. “It works just like a normal concert, except you don’t have to go anywhere,” says Georgie Fisher.

Sissos are an acoustic duo from Sydney Australia.

Georgie and Steph are sisters who flood the room with charm and talent from the moment they step on stage.

Their polished harmonies compliment their bluesy, feel-good and soulful songs perfectly. They execute an effortless performance, every time. Steph and Georgie have a certain purity and transparency on stage which is unique and refreshing.

Having grown up together in the same musical household, their rapport with each other is so prominent, you’ll feel like you grew up with them too!

Both sisters have long established solo careers in music and their talent and experience is undeniable in the live arena.

A Sissos performance is a guaranteed heart warmer.